Introducing the contemporary conversation on internalised Jew-hate, Reclaiming our Story: The Pursuit of Jewish Pride is the second instalment of world-renowned educator Ben M. Freeman's seminal manifesto of the modern Jewish Pride movement that has revolutionised the Jewish world.

In this groundbreaking work, Freeman takes his readers – both Jewish and non-Jewish – on a powerful learning journey that explores the impact of Jew-hate on Jews and the long history of internalised anti-Jewishness.

Most importantly, Freeman will educate, inspire and empower his Jewish readers to look inside themselves – with empathy and without shame – to identify their own experiences with internalised anti-Jewishness so they can reclaim their Jewish stories, ultimately moving from prejudice to pride.

“Inspirational, poignant and fascinating, a personal journey that is both a celebration of Judaism and a warning against bigotry.”

“Reclaiming Our Story: The Pursuit of Jewish Pride is an exploration of the Jewish people's collective consciousness. The book is complemented by a rich historical body and cultivated via Freeman's personal perspective as he guides the reader through one of the most critical and crucial modern conversations for this generation of Jews. The best moments in reading are when you come across something - a thought, a feeling, a way of seeing things - that you previously felt was unique and personal to you. And then it's there, perfectly laid out by someone else. It's as if the writer's hand has reached out from the pages and taken yours, as if to assure you that everything will be fine. The way Freeman interacts with the reader in dealing with a widely misunderstood and frequently overlooked problem like internalized antisemitism reflects an empathic message. He is not just lecturing, educating, or attempting to enlighten you. He represents you.”

Samuel Hyde, Israeli writer and Middle-East researcher at the Institute for Monitoring Peace and Cultural Tolerance

“Ben M. Freeman’s Reclaiming Our Story is a tale told by a Jew who eloquently shares with his readers a profound sense of the depth and the beauty of the Jewish tradition.  But it runs even deeper than that.  Ben courageously opens up to his readers the source of their humanity and the importance of the cry of “Here I am for you” that defines all of us as human beings.  His insights into the importance of unapologetically affirming who we are as Jews and as human beings are much needed in this time of hatred.  Spoken from the witness stand, Ben’s testimony arises not only from within but from beyond the accidents of sexual identity and speaks to all of us who feel the fear of being who we are. He deftly demonstrates that to be who we are lies not in allowing others to define us but in having the courage to define ourselves within the sacred tradition that is ours.”

“Reclaiming Our Story is a bracing reminder that it is not enough to fight antisemitism for its own sake. Rather, we do it to create the space for a positive Jewish identity, shaped by our own hand rather than that of our enemies. This stimulating book is an important contribution to that effort.”

“Ben M. Freeman brings clarity and precision to a debate that is too often conducted with buzzwords and insinuations. This book is an essential guide to understanding internalized anti-Jewishness and breaking free from its constraints. We must not let a hostile world determine our identity or our fate; let us heed Ben's call to reclaim our story.”

“With his important new book “Reclaiming Our Story” Ben M. Freeman continues his journey towards Jewish Pride by addressing the difficult issue of internalized Jews hatred. With compassion and historical analysis Freeman highlights the enormity of the barrier erected to Jewish pride by the massive external pressures placed on Jews. But true to his project of hope over despair, Freeman goes on to instil hope and courage in his readers by sharing the inspiring stories of young Jews who too have gone on to take pride in their Jewish identities.”

Einat Wilf, author of We Should All Be Zionists

“In “Reclaiming Our Story,” Ben M. Freeman takes one of the most pernicious phenomena of Jewish life head-on: The self-hating Jew and his more subtle cousin, the self-effacing Jew. Armed with examples from Jewish history, the tools of contemporary activism and more, Freeman’ book is a rousing call to action for anyone who wants a to see a proud Jewish people.”

“Freeman fearlessly examines an aspect of Jewishness that many have skipped over: the relationship between the Jewish ‘personal’ and the antisemitic ‘political’. He relates people's stories with clarity and empathy and, based on his case studies, he does important and challenging thinking about the nature of Jewish identity and antisemitism in our day.” 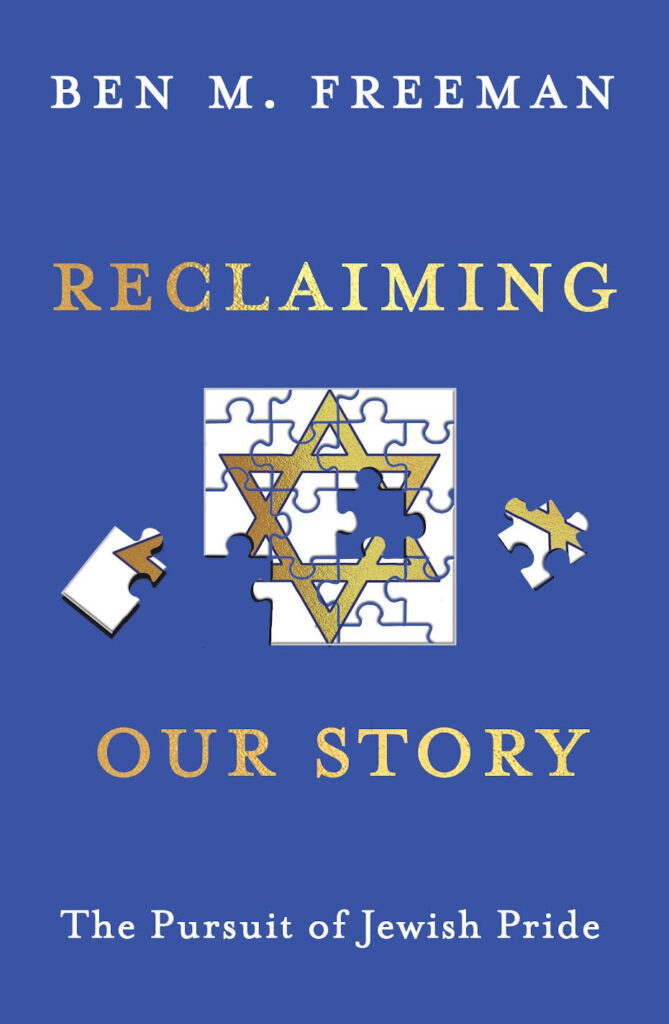 In Jewish Pride: Rebuilding a People, Ben M. Freeman, inspired by his experiences with LGBTQ+ pride, aims to educate, inspire and empower Jewish people to reject the shame of antisemitism imposed on Jews by the non-Jewish world as well as non-Jewish perceptions of what it means to be a Jew. Enabling them to begin the process of defining their own identities as proud Jews through Jewish experience, Jewish history and Jewish values. Jewish Pride is an urgent and essential read.

With “Jewish Pride: Rebuilding a People”, Ben M Freeman transposes his powerful voice as an educator to the page in a manner that is urgent for this current moment experienced by the global Jewish community. Freeman's passion and purpose never compromises the clarity of his explanations, the detail of his findings nor the fairness of his historical assessments. His clarion call for a pride movement among a new generation of Jews inspired by his experiences as a gay man is magnificent, heart-rendering and supremely motivating. Freeman's piece de resistance is the key of knowledge he provides to Jews worldwide, opening doors that have long been shut, empowering those who feel deeply that their identity needs a voice despite feeling too tongue-tied to open their mouths. No more. Freeman's words can be spoken by all who need them. If that is not a protest for thousands of more years of Jewish survival, I don't know what is.

Just as ‘Black is Beautiful’ and LBGTQ+ liberation begins with pride, in this important book Ben Freeman advocates for Jews themselves to seize back the right, and find the confidence, to define their own identities. As Freeman says, antisemitism disempowers and hurts Jews by constructing their identities from the outside and without consent. What is new and fascinating in this book is Freeman’s focus on Jewish responses to those external and hostile constructions of Jewish identity: self-empowering and life-affirming ways of loving being Jewish. 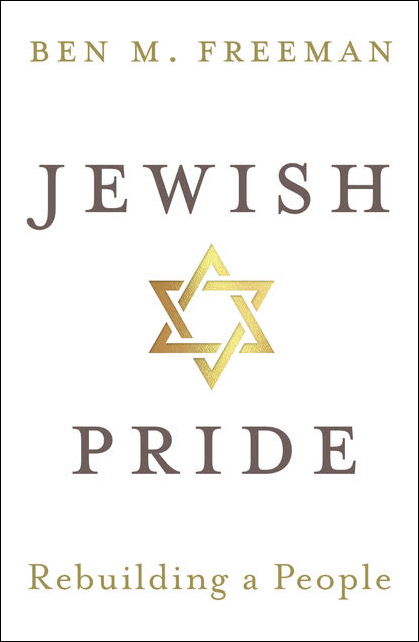 Available from these online sellers