Reclaiming Our Story: The Pursuit of Jewish Pride 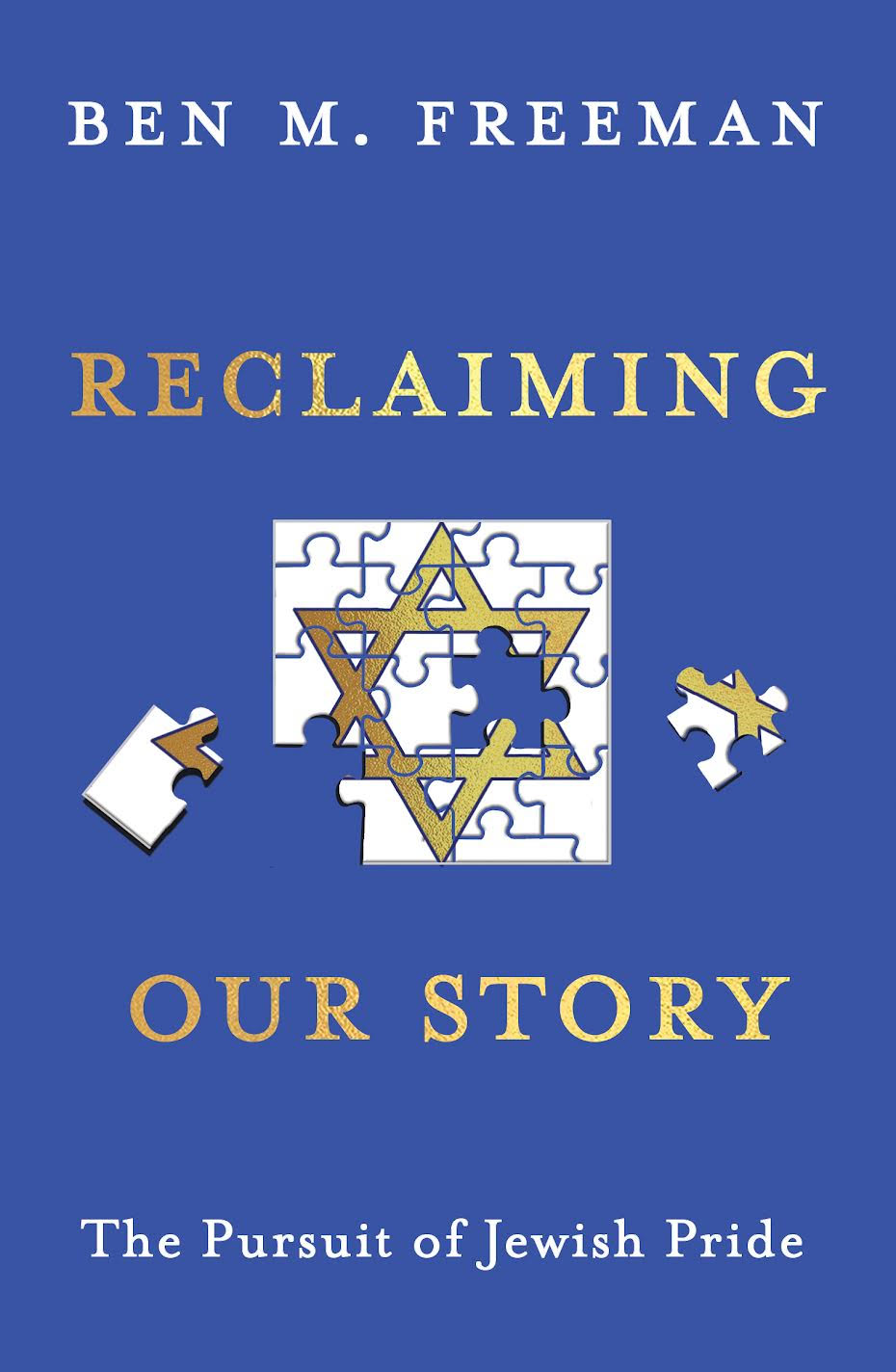 Introducing the contemporary conversation on internalised Jew-hate, Reclaiming our Story: The Pursuit of Jewish Pride is the second instalment of world-renowned educator Ben M. Freeman's seminal manifesto of the modern Jewish Pride movement that has revolutionised the Jewish world.

In this groundbreaking work, Freeman takes his readers – both Jewish and non-Jewish – on a powerful learning journey that explores the impact of Jew-hate on Jews and the long history of internalised anti-Jewishness.

Most importantly, Freeman will educate, inspire and empower his Jewish readers to look inside themselves – with empathy and without shame – to identify their own experiences with internalised anti-Jewishness so they can reclaim their Jewish stories, ultimately moving from prejudice to pride.

“Inspirational,  poignant and fascinating, a personal journey that is both a celebration of Judaism and a warning against bigotry.”

“Armed with examples from Jewish history, the tools of contemporary activism and more, Freeman’ book is a rousing call to action for anyone who wants to see a proud Jewish people.”

“ Ben M. Freeman’s Reclaiming Our Story is a tale told by a Jew who eloquently shares with his readers a profound sense of the depth and the beauty of the Jewish tradition. But it runs even deeper than that. Ben courageously opens up to his readers the source of their humanity and the importance of the cry of “Here I am for you” that defines all of us as human beings. His insights into the importance of unapologetically affirming who we are as Jews and as human beings are much needed in this time of hatred. Spoken from the witness stand, Ben’s testimony arises not only from within but from beyond the accidents of sexual identity and speaks to all of us who feel the fear of being who we are. He deftly demonstrates that to be who we are lies not in allowing others to define us but in having the courage to define ourselves within the sacred tradition that is ours.”

“Reclaiming Our Story is a bracing reminder that it is not enough to fight antisemitism for its own sake. Rather, we do it to create the space for a positive Jewish identity, shaped by our own hand rather than that of our enemies. This stimulating book is an important contribution to that effort.”

“With compassion and historical analysis Freeman highlights the enormity of the barrier erected to Jewish pride by the massive external pressures placed on Jews.”

Einat Wilf, author of We Should All Be Zionists

“Ben M. Freeman brings clarity and precision to a debate that is too often conducted with buzzwords and insinuations. This book is an essential guide to understanding internalized anti-Jewishness and breaking free from its constraints. We must not let a hostile world determine our identity or our fate; let us heed Ben's call to reclaim our story.”

In Jewish Pride: Rebuilding a People, Ben M. Freeman, inspired by his experiences with LGBTQ+ pride, aims to educate, inspire and empower Jewish people to reject the shame of antisemitism imposed on Jews by the non-Jewish world as well as non-Jewish perceptions of what it means to be a Jew. Enabling them to begin the process of defining their own identities as proud Jews through Jewish experience, Jewish history and Jewish values. Jewish Pride is an urgent and essential read. 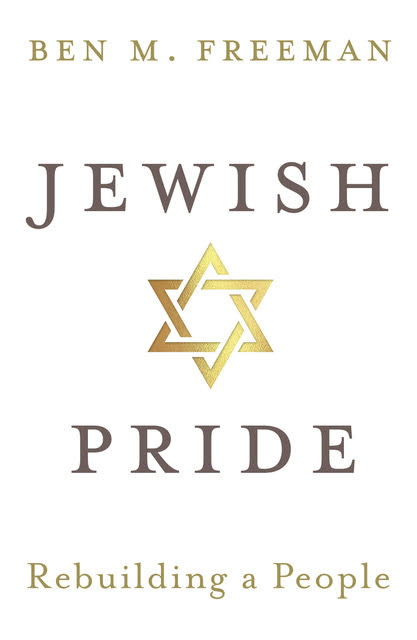 “Ben M. Freeman has a remarkable ability to explain the concept of peoplehood of the Jewish people. He understands well the importance of our many identities and makes a potent argument for Jewish Pride. Everyone should follow his work and read this book.”

Hannah Rosenthal, former CEO of the Jewish Council for Public Affairs and former US State Department’s Special Envoy to Monitor and Combat Antisemitism for the Obama Administration

“What is new and fascinating in this book is Freeman’s focus on Jewish responses to those external and hostile constructions of Jewish identity: self-empowering and life-affirming ways of loving being Jewish.”

“Freeman's piece de resistance is the key of knowledge he provides to Jews worldwide, opening doors that have long been shut, empowering those who feel deeply that their identity needs a voice despite feeling too tongue-tied to open their mouths. No more. Freeman's words can be spoken by all who need them.”

Available from these online sellers 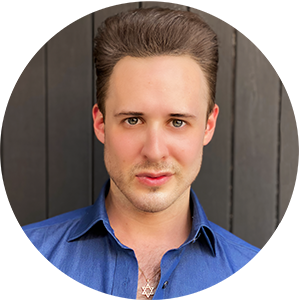 Ben M. Freeman is a Jewish leader, a Jewish thinker and a Jewish educator.

Founder of the modern Jewish Pride movement, a Jewish leader, a Jewish thinker, and a Jewish educator, Ben M. Freeman is the author of Jewish Pride: Rebuilding a People and Reclaiming our Story: The Pursuit of Jewish Pride. He is an internationally renowned gay Jewish author, and educator focusing on Jewish identity and historical and contemporary Jew-hatred. A Holocaust scholar for over fifteen years, Ben came to prominence during the Corbyn Labour Jew-hate crisis and quickly became one of his generation’s leading Jewish thinkers and voices against anti-Jewish racism.

“Ben was the highlight speaker from a global session on Antisemitism for Meta. His words were precise, globally understood, and engaging. The perspective he brought to the training not only helped our Jewish colleagues feel seen, but offered insight and a road to allyship for the non-Jewish attendees too. Since the event, people across the company have quoted his stats and lines as a reminder of the unvarnished situations Jews face both in and out of the workplace.” 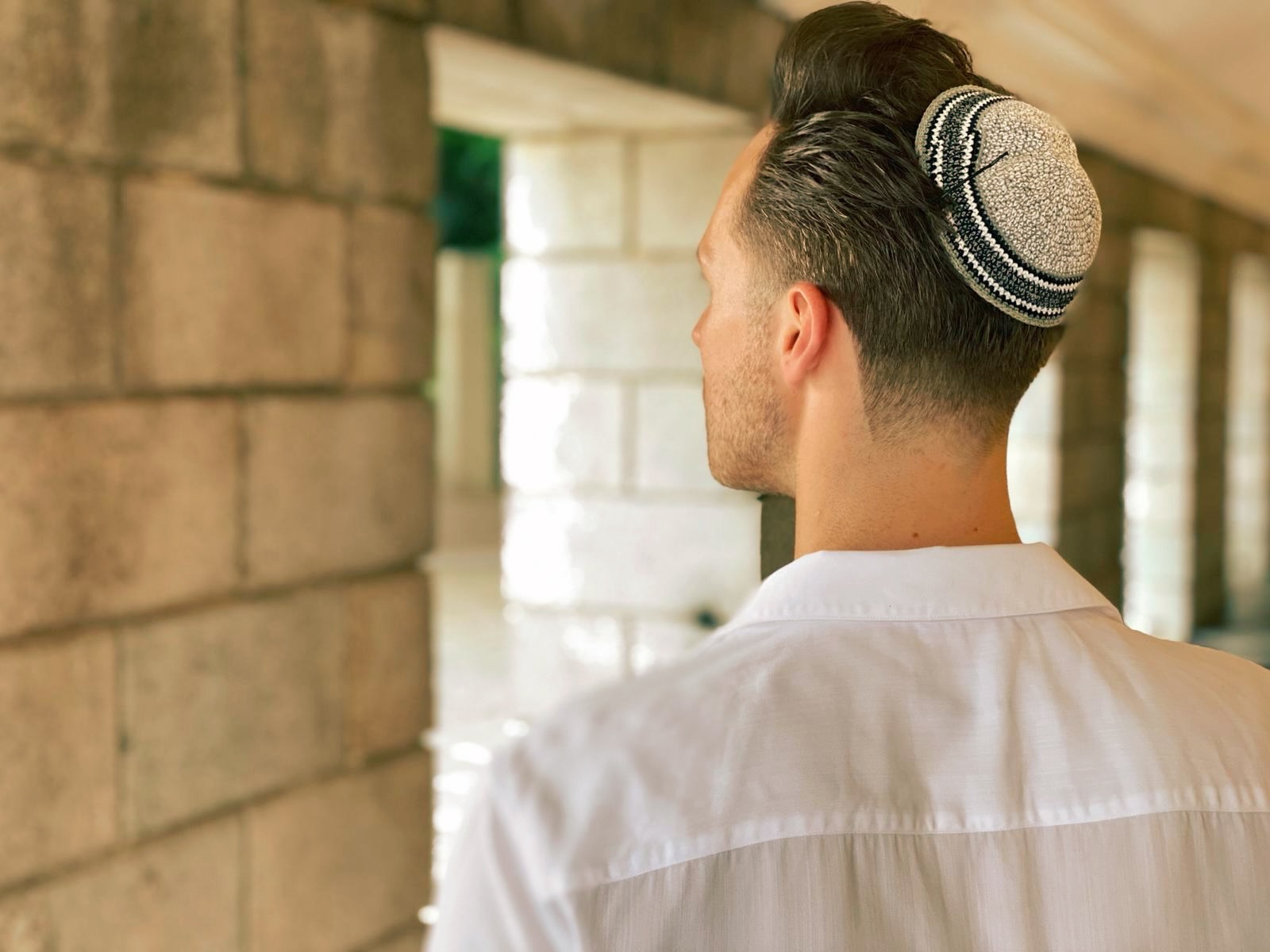